Noted for his advocacy of American and contemporary music, conductor and pianist Scott Dunn has a special interest in cross-over and film composers – ranging from George Gershwin and Rufus Wainwright to Leonard Rosenman and Danny Elfman.

As conductor, Dunn has served as Associate Conductor for the Hollywood Bowl Orchestra since 2012 and previously held positions at Pittsburgh, Glimmerglass and New York City Operas. His recording of Mohammed Fairouz’ SUMEIDA’S SONG was named one of Opera News “Best Recordings of 2012”.

Dunn’s interest in music outside the usual classical canon can be traced to his long friendship with the late Sir Richard Rodney Bennett. Through Bennett, Dunn discovered the concert works of song-writer and composer Vernon Duke (a.k.a. Vladimir Dukelsky) whose ‘lost’ piano concerto (written for Rubinstein) Dunn orchestrated and premiered at Carnegie Hall in 1999. In 2007 he recorded the piano concerto with other Duke works with the Russian Philharmonic (Naxos,2007). In 2012 he edited the Vernon Duke Songbook for Hal Leonard and in 2013 he reconstructed Duke’s THE END OF ST. PETERSBURG oratorio for performance in St. Petersburg Russia. Other Duke recordings include violin concerto and complete works for violin with Elmira Darvarova (Urlicht 2015) and a ‘new’ Duke musical MISIA (PS Classics, 2015) arranged and adapted by Dunn with orchestrations by Jonathan Tunick and a brilliant cast headed by Marin Mazzie. More recently Dunn adapted and performed his own arrangements of Julius Eastman’s GAY GUERILLA (2018) for four pianos and Duke Ellington’s NEW WORLD A-COMIN’ for solo piano and chamber jazz ensemble (2019).  In 2023, he will release THE RICHARD RODNEY BENNETT SONGBOOK, with Claire Martin and the Royal Philharmonic. A CD of Bennett jazz standards and favorites orchestrated and conducted by Dunn.

Dunn’s interest in film music stems from his friend and mentor, Leonard Rosenman, whose brilliant score for REBEL WITHOUT A CAUSE (1955) Dunn arranged for live orchestra to film for premiere in 2016 with the LA Philharmonic at Disney Hall. He often conducts REBEL and other live orchestra-to-film concerts through out the US and Europe. His work with contemporary film composers, includes Rachel Portman, for whom he conducted the BBC Philharmonic in MIMI AND THE MOUNTAIN DRAGON (Decca, 2019) for world-wide annual Christmas BBC broadcasts; with Lior Rosner for whom he recorded SUGAR PLUM ON THE RUN with the Royal Philharmonic and Jeremy Irons (Sony, 2019) and with Danny Elfman, for whom he worked on DANNY ELFMAN’S MUSIC FROM THE FILMS OF TIM BURTON and has conducted around the world – as well as work on other Elfman concert works including his 2008 ballet RABBIT AND ROGUE for Twyla Tharp and the American Ballet Theatre.

As a pianist, Dunn has recorded and concertized extensively. Early in his career he toured Eastern Europe for the USIA and introduced former states of the Soviet Union to many twentieth century American works including Ives’ CONCORD SONATA. In 2023 Dunn will premiere a new rhapsody for piano and orchestra commissioned from composer Joby Talbot

Born and raised in Iowa, Dunn studied piano with the legendary Byron Janis and is a former assistant to Lukas Foss – whose complete solo piano works Dunn recorded (Naxos, 2007). He has had a remarkably extensive education, which, in addition to music degrees, includes an M.D., residency and board certification in eye surgery.

Of his remarkable musicianship, one New York critic noted:  “He is a conductor of great promise, a pianist of note, and a sensitive and intelligent artist. All of these elements came together to give the audience an experience closer to heaven than most of us will get in this lifetime.” 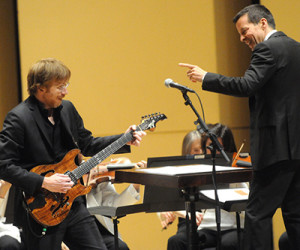 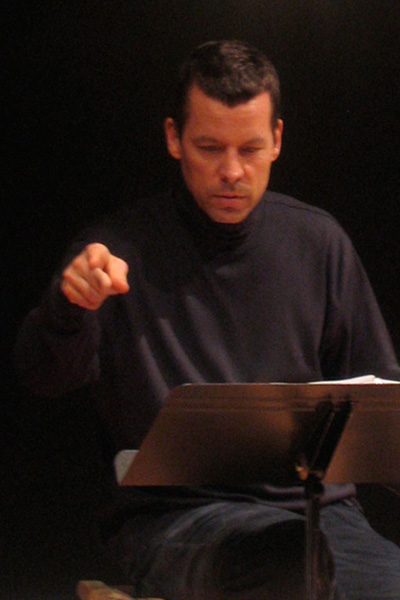 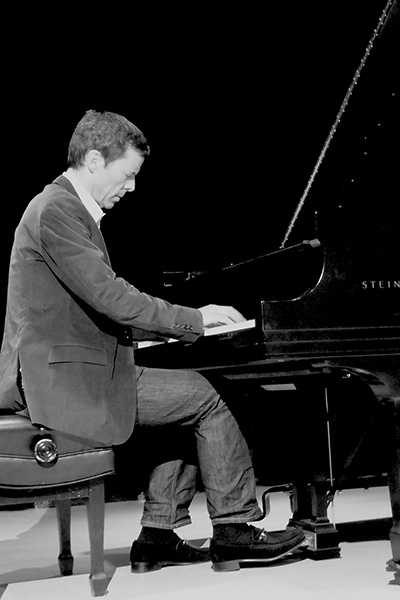